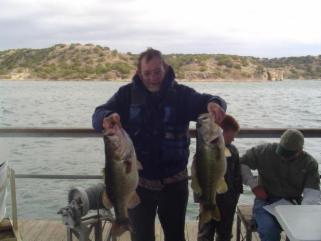 The Clannahan Classic is a club funded tournament named after one of Green Pastures founders and past champion, N.C. Clannahan. N.C. passed away on December 24th, 2006 after a hard fight with cancer. N.C. meant a lot to the success of Green Pastures and touched many of our members. We miss him dearly.

The 2022 Classic will be in May 20 2023. The winner of the Classic will not only win money but become a Lifetime member of GP Bass Club, have his/her name put on the Classic Trophy (On display at BUBBY'S), and a custom Rod by Boyd's Custom Rods.

Where To Find Us:

Want to Become a Member?

For more information, use our contact form or download our registration form directly. We look forward to hearing from you!

Check out pictures of our latest events right here.